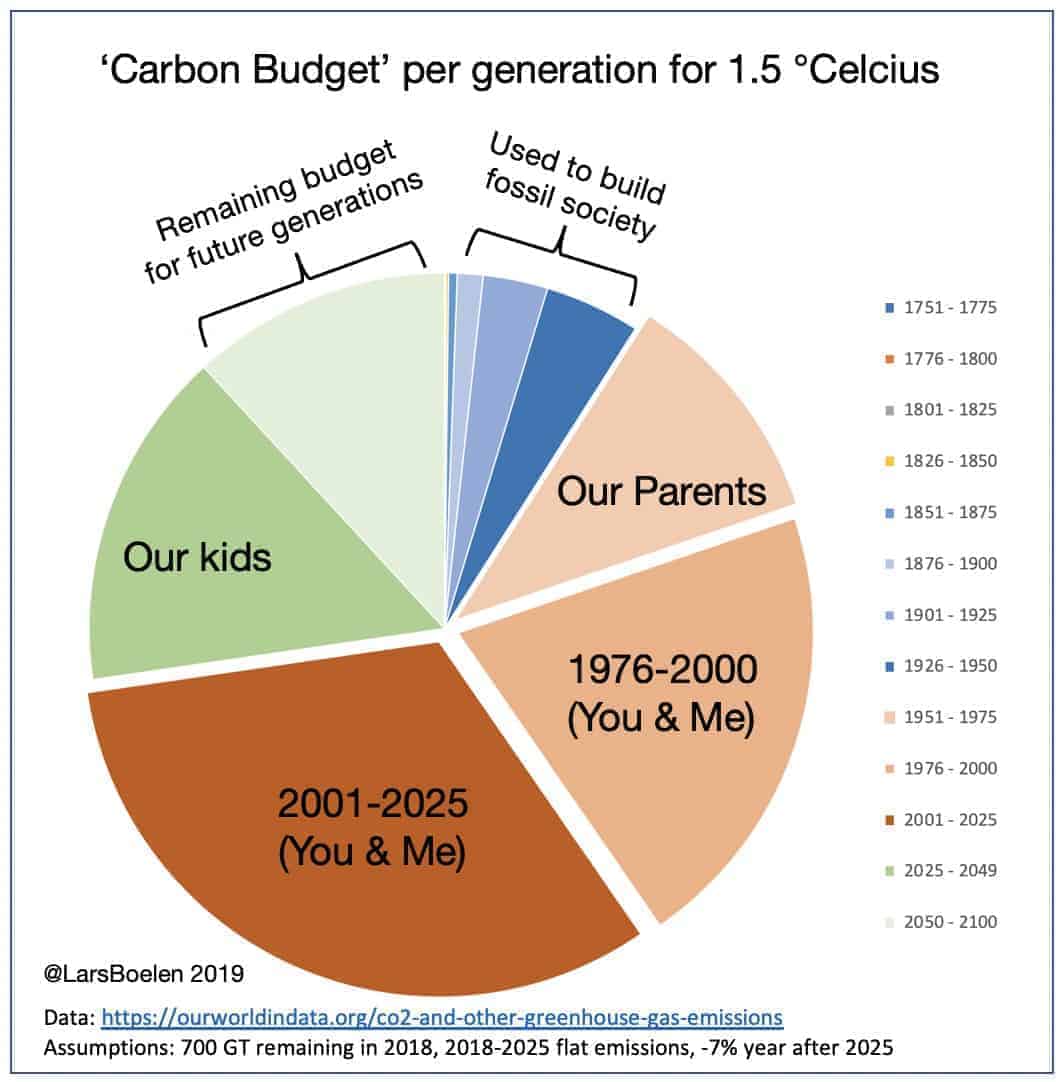 Back in november 2013, way before the Paris Climate Agreement, the International Energy Agency delivered its yearly World Energy Outlook. On page 5 of the press information kitt I found this graph: 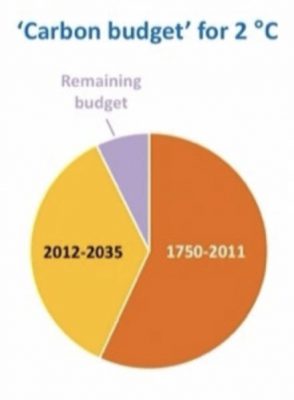 You see, we have this little climate issue. There is a growing consensus that something needs to done about the rising temperatures, Australia burning, the melting ice caps. The world community seems to agree that we need to have some sort of ‘carbon budget’ that we must not exceed in order to prevent temperatures from rising 2 degrees above pre-industrial levels. The picture above tells this story. Sort of….

“Nice pie chart”, I thought. But than I looked again and saw the “1750-2011” label. Wait a minute! Is this pie chart really showing all the carbon ever used since James Watt invented the steam engine? Wow! The yellow slice is all the carbon that “we” will use between now and 2035, it’s our ‘budget’. The other slices are all the carbon used in history PLUS all the carbon ever to be used by mankind after 2035. I thought that that story needed more detail than a three slice pie chart. I created the graph below with data from 2012 on Carbon Dioxide Information Analyses Center:

Inconvenient isn’t it? More than half of all the carbon dioxide mankind will ever emit will be from the generation now alive. All the cars, coal plants, holiday trips to the tropics, summer air conditioning, just-in-time production schemes, warehouse on wheels invented in the 70’s-80’s-90’s are using 2/3 of all fossil energy ever to be used by mankind. That is our generation doing this, we created this mess, we signed the climate contract with the planet blindfolded, we accepted the consequences.

The contract says we will leave as much fossil fuel (for heating homes, cooking and maybe even some driving) to our children as our (grand) parents used in the 50’s and 60’s of the last century.

I think that the whole WEO report can be binned and replaced with just one line of text:

Isn’t it a reassuring idea that our governments are using the WEO-report as a primary source for energy policy decisions, and it now contains very insightfull Climate Graphs as well!

Six years later, the Paris Agreement has dropped the thresholsd from 2 to 1.5 degrees celcius and we have 6 record years of carbon burning behind us. Also recent scientific insight suggests that the amount of cabon that can be emitted to stay below 1.5C was around 700 Gigaton in 2018 (substatntially more than was asumed in 2012). I found global carbon emission-data up to 2017 so that we now have an updated graph for 2020: 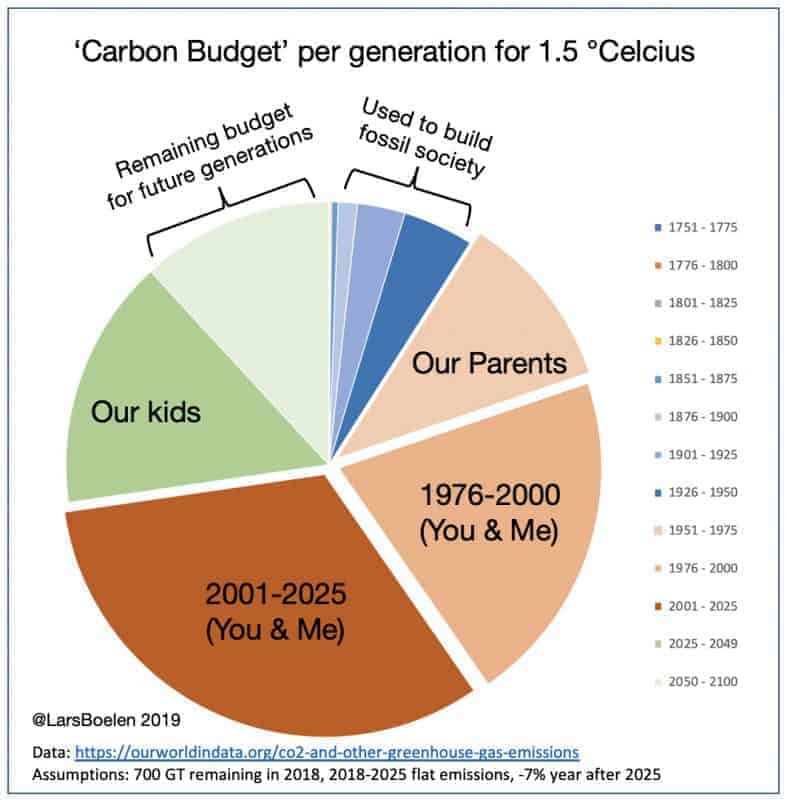 The graph above is very friendly for our children, we are only required to lower our carbon use by 7% per year after 2025. Shouldn’t be that hard, it’s about the same speed at which we accelerated our consumption in recent years. 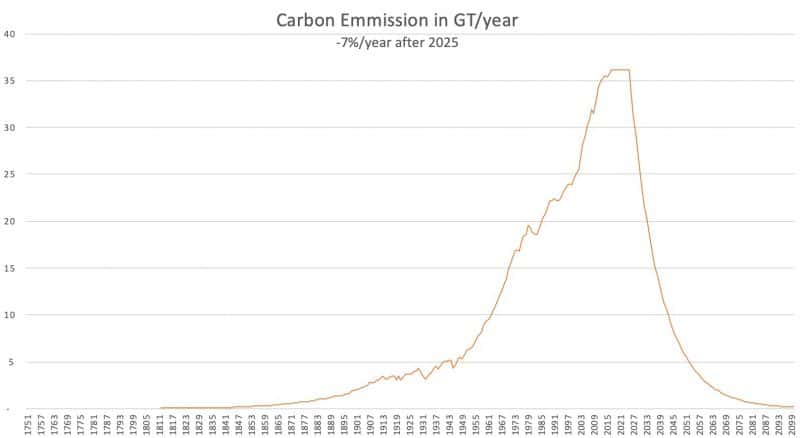 2 gedachten over “The CO₂-pie per generation”